I don’t care what they think so I don’t feel any need to defend myself. Critics don’t cause any doubt or uncertainty. I don’t give their words a second thought. 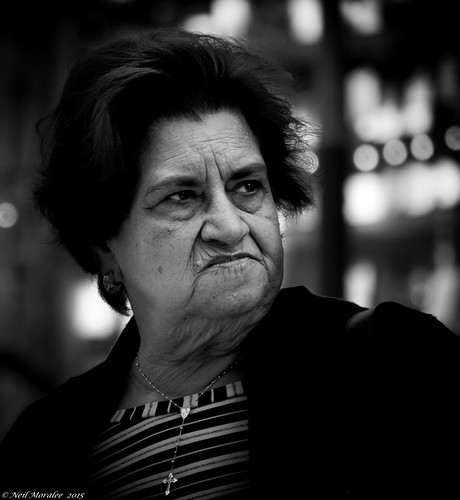 However, if someone expresses an opinion and taps into to a secret doubt I hold, then I will respond emotionally. I perceive their words as a threat.

When a critic online attacks my writing, it stops me in my tracks because despite my outward denials, deep in my heart I agree with what is being said. I doubt myself. I try to pretend I’m confident, knowledgeable and successful, but my beliefs, the story I tell myself, says something different.
Until I make peace with the doubts, the critic will always have the power to derail me.

I suspect much of the social media outrage we see today is caused by this same phenomenon. When you question someone’s beliefs or express doubt about their abilities, they respond with vehemence and anger. Not because they want to defend their position, but because you’ve touched on a doubt they secretly hold, but don’t want to admit to.

People who are secure in their beliefs don’t feel a need to defend them.

If they do defend themselves, it is with clarity, and a quiet confidence that presents their point of view without needing to attack your character.

If you disagree with someone’s opinion and they respond with anger or defensiveness, it’s not because you are wrong, it’s because they are afraid you are right.

I use to feel that if someone criticized my opinion or vehemently attacked me with a different opinion, then my opinion must be wrong. The very force of their anger, their drive to “put me in my place” must be motivated by an absolute truth they understand that I don’t.

Have you ever felt that way? As if someone else is more entitled to their opinion then you are to yours?

In truth, if someone reacts with anger to an opinion that is different from their own, it has nothing to do with you at all. It is because you’ve touched on something they don’t want to admit or examine. They have a belief they are clinging to despite the fact their heart that is telling them something different. You’ve touched that nerve and forced them to confront the disconnect between what they say they believe, what they want to believe, and what they know is true deep inside of them.

When you post an opinion on social media, or make a comment at a family gathering that provokes a strong response, remind yourself it is not about you. The angry person is feeling threatened. You’ve upset the delicate balance they are holding inside between what they want to believe and what they know is actually true. Rather than deal with the contrary beliefs, they lash out at the person who pulled aside the covering they put over whatever they don’t want to see.

Do you want freedom from the pain of being criticized? Remember the source of their criticism. It stems from the discomfort they carry inside, not from any truth about who you are or the value of your opinion. Knowing this truth will set you free from taking criticism to heart. Instead of responding in anger to their words, respond with love to their need. Harsh words will lose all power over you.

Where is your harshest critic? What do you do to deal with it? Answer in the comments below or join the conversation on Facebook