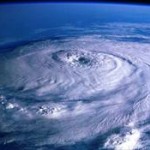 Since I am still in my bible study on Romans, in light of the expected hurricane, this verse jumped out at me:

“For since the creation of the world His invisible are clearly seen, being understood by the things that are made, His eternal power and Godhead, so that they are without excuse, because, although they knew God, they did not glorify as God, nor were thankful, but became futile in their thoughts, and their foolish hearts were darkened. Professing to be wise, they became fools,…” Romans 1:20 -22.

Some people defy the warnings. Some even choose to stand on a rocky cliff, defiant in the face of that power; daring the wind and waves to knock them off their perch.

On the opposite side are the people who panic, the ones who run to the store for 3 weeks’ worth of groceries, 29 packs of batteries, and enough bottled water to take a bath in.

There is a minority of religious folks who proclaim a destructive storm as the judgment of God.  They would have us believe God is capricious and angry, just waiting to pour out his wrath on the wicked and the innocent alike.

The last group sees in the awesome fury of nature the eternal power of God. Their response is one of awe, respect, and reverence. 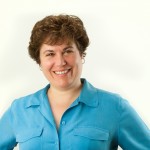