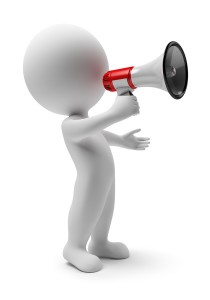 If there is a Coach in the group, things will get done! Coach is a do-er. He will jump in where angels fear to tread, accomplish the task and pick up the pieces later (or, more likely, move on to something else and forget about picking up). They are passionate, driven, goal orientated and energetic about projects, unlike Cheerleaders, who are passionate and energetic about people. A visit to their home or office generally finds Coach hard at work, usually alone, on his next chore.

Coach shares the high energy top half of the personalities chartwith Cheerleader , but is over in the right hand corner, above Managers and on the task oriented side. Coaches are leaders and they like to motivate others to get things done. They don’t get offended easily, especially as they get more mature. Coaches tend to be more self confident than the other personalities and doesn’t worry too much about what others think of him. He is an active learner, curious and bright, grasping abstract concepts easily. Coaches can take a complex topic and boil it down to its essentials to make the subject understandable to others.

The Coach is a born leader. It is instinctive to their make up. Find a group of kids on the playground and they are most likely following a Coach’s lead. They make good leaders thanks to a quick and decisive mind. The Coach can look at a situation, size up the end goal, the variables, and the available resources, and quickly put a plan together to achieve the objective. They will use this skill in any situation, large or small. The majority of CEO’s are strong Coach personalities. They are good starters, good idea persons, quick to make a firm decision and move forward. Because follow through is not a strong skill, they may move on too quickly, before all the details of the last project are completed.

Truly, the world would not spin if it wasn’t for Coaches. The Cheerleader is too busy stirring up some fun, Managers are organizing and contemplating and Team Players are helping everyone else. Coaches are the instigators who dream of things that never were and asks “why not?” They have the intellect and energy to make those dreams into reality. In addition Coaches are gifted with the ability to encourage the other personalities on to their own individual greatness. While Team Players can buffer and counter-act the weaknesses of any personality, Coaches can inspire them to make the most of their strengths.

Because they are endowed with a healthy dose of self esteem, Coaches knows they can do above and beyond what they have done before. They are not afraid to take a chance, to step out into a new venture or unknown territory. They have done it before and are confident in their ability to survive even if the venture fails. Taken to the extreme, this is called arrogance. If it is not tempered a bit, Coaches have been known to lose the family home in an ill-considered business deal. They also excel at picking themselves back up, learning from their mistakes, and recovering from disaster. All the great rags-to-riches stories involve numerous set backs and much starting over. Those folks are Coaches.

Les Brown is one of my favorites in the Coach personality. He and his twin brother were born in an abandoned building, to a poor, single, African American woman, in a low income section of Miami, Florida. The boys were adopted 6 weeks later by a wise and compassionate woman named Mamie Brown. It was Les who taught me: “other people’s opinions of you do not have to become your reality” In early elementary school he was labeled “educable mentally retarded.” Today he is one of the top motivational speakers in the world. He suffered numerous set-backs in his struggles to reach his dreams, even sleeping for a time on the cold cement floor of his shared office space because he couldn’t afford both an office and an apartment.

Two primary factors have contributed to the success of Les Brown in his chosen field: 1- his natural Coach temperament and 2- the support and encouragement of his adoptive mother. He found the calling that fit his giftings and had the God-given temperament to make his dreams a reality.

When a Coach personality child is born into a family, look out! Life, and the balance of power in the house, is about to change. Right from the start, Coaches wants to be in charge. They donot take orders from anyone and are wired for domination. Remember the movie Willie Wonka and the Chocolate Factory? The little rich girl, Veruca, wanted to take home an Ooopa Loompa, and she wanted it NOW. That is an over-indulged Coach in action.

Even as children Coaches have an above average intellect and ability to quickly grasp what is going on around them. They tend to look at rules more as guidelines, set in place to help less intelligent people get safely through life (there’s that arrogance confidence showing up again!). If they break a rule in school, like throwing snowballs on the playground, it is not necessarily rebellion against authority so much as they know they’re not going to get hurt. And if they do, they aren’t going to cry to the teacher about it. A Coach would look at a rule like “no throwing snowballs” and figure it’s to protect little kids who can’t handle getting hurt, so it doesn’t apply to them.

Since they are independent, they can look out for themselves from an early age. Coachs stand up to the bully on the playground so they aren’t as likely to be a target for bullies. They’re not afraid to stand up to adults, either. Left without firm parental guidance, Coach will try to run the show in every situation they find themselves. It takes consistent discipline to tame a Coach! They do not respond to rules, they need to be given choices instead.

The teenager who hears about displaced children in Africa, sleeping outside without shelter or covering, who single-handedly starts a blanket collection drive is a Coach putting her strengths to good use. Coaches are activists, they don’t hesitate to step up and help wherever there is an injustice. While a Team Player will quietly, without fuss or attracting attention, see to the needs of another individual, Coaches will start up a foundation to feed a whole village.

As a parent, the Coach is fair and just. They encourages their children to be their bestand doesn’t toleratea lot of whining. They love to see the children exploring new areas of interest and will do what is necessary to make better educational opportunities available. Being high on the energy chart, Coaches will participate in athletic endeavors right along with the kids. The rare chance to play games with mom or dad can be an incentive for the more sedentary Team Player and Manager children to get off the couch and join in.

At work, a Coach is probably the boss. If they aren’t, their telling the boss how things can be done better, faster, or more efficiently. Coaches are hard workers and committed to any task they’ve had a hand in creating. Taking orders and boring routine are very difficult for then, so Coaches are wise to look for jobs that are full of new challenges and take advantage of their ability to be self-motivated.

I had a Coach as a boss one time. This man was a high-powered, big city attorney who bought the little country insurance office where I worked. When he came to visit, everyone in the building knew he was there. This man was always moving, always thinking, always barking orders. He didn’t walk into a room, he stomped. He didn’t ask questions, he demanded answers. As a 100% Coach personality, his level of compassion and diplomacy left a little (actually a lot) to be desired. He would stand in the middle of the main office right by the customer waiting area and yell about the “ignorant pig farmers” (meaning our customers) who didn’t understand their insurance policies. Most corporate CEO’s are Coach personalities. Fortunately most are not like my old boss because they have learned to moderate their yelling and frustration. A wise Coach boss will surround him or herself with trustworthy Cheerleaders, Team Players and Managers and learn to take advantage of their strengths.

High energy and the ability to accomplish more in a day than most people, can be useful strengths, but when taken to the extreme these strengths become detrimental weaknesses. Energy and passion turned negative become forceful anger. The ability to lead and inspire can turn into intimidation. The drive to achieve, taken to extremes, becomes a workaholic who steps on and over anyone who gets in their way with a complete lack of compassion or decency.

More than any of the other personalities, Coaches are the least likely to be naturally empathetic. They see the potential in people and can’t understand why they aren’t striving to achieve more, like he is. Coach is a natural teacher and this skill, when combined with the ability to see the best in people and tempered with some patience, makes them an excellent coach, mentor, or tutor.